This week was our first week in Explore and we had so much fun learning about dinosaurs!
We learnt about the difference between herbivores and carnivores, how big some dinosaurs used to be and how dinosaurs skeletons are found and put back together. Our focus this week was on sharing with our friends and working together.
Check out some of our awesome work! 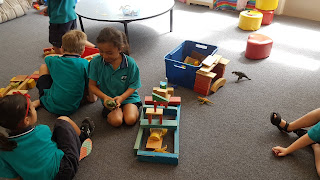 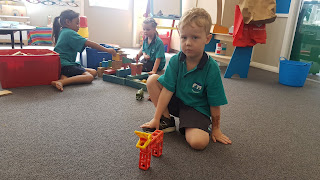 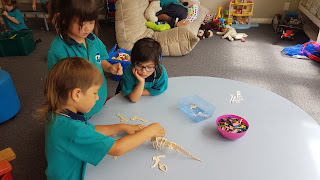 Semi, Mila and Miwa worked together to try and put the dinosaur skeleton back together 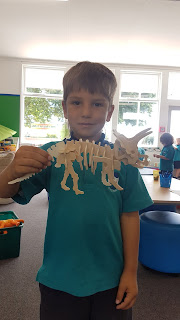 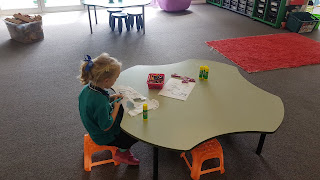 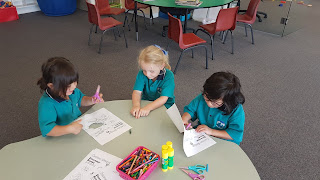 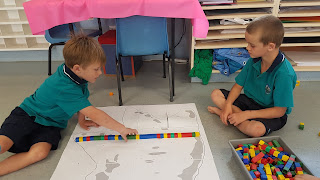 Logan and Jayjay working together to measure a full size triceratops footprint! 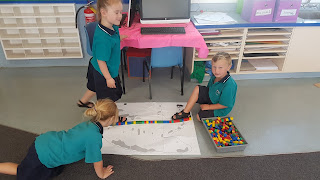 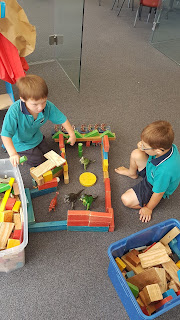 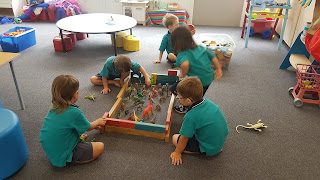 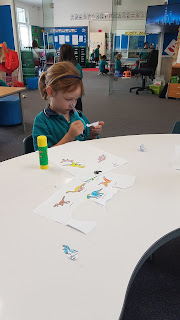 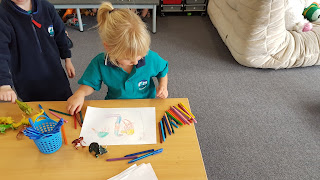 Courtney drew her own picture of dinosaurs which included a T-rex, an Argentinosaurs and a pterodactyl!

We have had a great time getting to know all of our new friends in Piako Tahi this week! We have been very busy setting up routines for the year and learning our Must Do's and Can Do's for Reading and Writing. Mrs Hobbs, Mr Pike and Mrs Chaves love to see how enthusiastic we all are about learning!
Swimming has been our FAVOURITE thing to do in this hot weather!

Check out some pictures of us in action below: 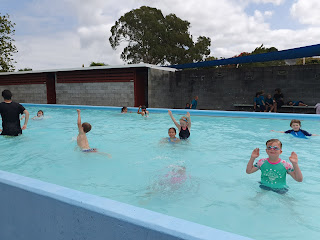 We love swimming in the school pool! 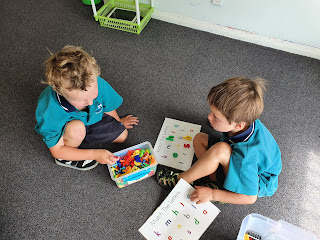 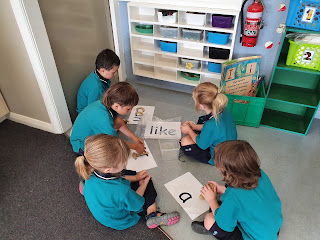 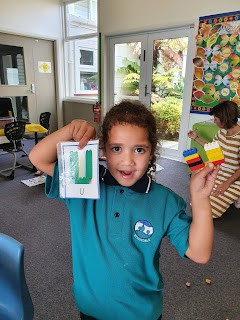 Ruby did such a great job at building letters! 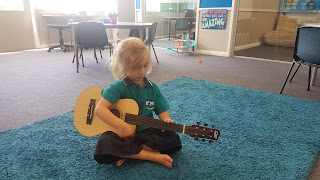 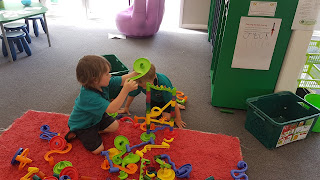 Posted by Christina Hobbs at 6:55 PM No comments: